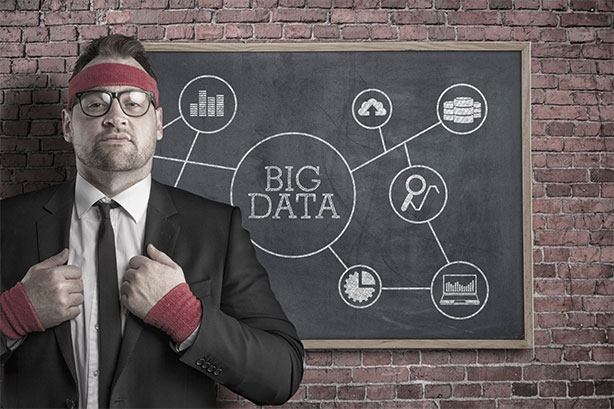 For many years, professional sports globally have mostly evaluated players and performance via simple ‘clipboard’ statistics and ‘human’ scouting. As a kid growing up, I remember often seeing these clipboards and scouts in the stands of college and pro games.  Since I began to research this topic, I have learned that the process of scouting is often based on old tradition, pro scouts learned from seasoned scouts and used the same evaluation techniques over and over again. The same can be said for raw statistics – nothing really changed for decades. While some stats changed over time, they remained relatively simple. This all changed with the arrival of Billy Beane, the founder of Sabermetrics and the start of what is now a growing $600M market of Sports Analytics.

The common fan like me knows about home runs, touchdowns and points – which have statistics that support the scoring.  These common statistics is what we talk about with our friends and family and that the average sports fan fully understands. But much of the time, this doesn’t tell the whole story. As teams look to gain an edge against competitors, they have begun to use advanced statistics and sports analytics to better understand and predict performance. With the advent of advance data intelligence solutions, stats are not only easier to compute quickly but also analytics are becoming easier to understand by coaches, players and fans alike.

As we drive deeper into the impact Analytics and how it is changing “The Game”, one cannot ignore that we are on the leading of edge of something transformational in this domain.  From coaches and players to front offices and businesses, analytics can make a difference in not only scoring but signing contracts, predicting which players will provide the best return on investment, as well as predicting and preventing injuries.  Lastly, we must not forget that Sports is a for-profit business.  As such, the use of data intelligence and advanced analytics to ensure profitability during a given season and beyond will ultimately prove to be table stakes when running the business of Sports.

The MIT Sloan Sports center recently conducted research on seven ways data intelligence with advance analytics can and will improve efficiency, accuracy and profitability in sports.  I think it is worthwhile to highlight these as they are the cornerstone of current and future use cases for sports analytics.

In today’s baseball, there is currently advanced technology deployed in all 30 Major League Baseball Stadiums to track pitches during games. However, nothing has replaced the judgment calls umpires have to make at the plate in real-time.  For now, umpires still rely on the naked eye to call a strike or ball and until the technology or baseball rules evolve, catchers like Jose Molina will still be able to game the system.

On the fan side, statistic enthusiasts have a slew of websites they can visit to see breakdowns of their favorite players and slices and dices of specific games and plays.  The use of data analytics and visualization to organize these statistics for fans and average people is what professional sporting industry needs.  The ability to have advanced analytics ‘dumbed’ down for the average ‘joe’ will keep the fans coming back and wanting more data and spending more on their favorite teams.

Many technology vendors are trying to get into the wearable technology market, given the interest in devices like Google Glass and fitness trackers.  Adidas has a system called miCoach that works by having players attach a wearable device to their jerseys. Data from the device shows the coach who the top performers are and who needs rest. It also provides real-time stats on each player, such as speed, heart rate and acceleration.  That kind of real-time data could help trainers and physicians plan for better training and conditioning.

Currently, lots of data is collected manually during games and sports competitions. But much of the live data moves so fast that it’s a moment lost in time. One company trying to log more of the live data is Zebra Technologies. The company makes RFID tags, as part of their MotionWorks Sports Solution, that attach to equipment, balls and players to track movement, distance and speed. The tags blink 25 times per second and deliver data in 120 milliseconds. Another company, SportVU has six cameras in each NBA arena that collect data on the movements on every player and movements of the basketball 25x per second.

Analytics can advance the sports fans’ experience as teams and ticket vendors compete with the at-home experience — the better they know their fans, the better they can cater to them. Many sports teams, such as the New England Patriots, are also trying to predict the wants and needs of fans with team specific mobile apps that provide special content, in-seat concession ordering and bathroom wait times.

Data analytics and predictive algorithms could help deliver the most important data sets to coaches for better results on the field. This data could help coaches and players make more informed decisions that could decide wins and losses.

Many professional teams note that good data insights can make or break a player being signed or a coach being fired. In contract negotiations, both sides are using data and everyone is trying to find evidence that supports whatever contract demand they want to make. They can slice it in any way that helps them. In fact, Adam Silver, commissioner of the National Basketball Association says analytics played a role in helping end the player lockout in 2012.  Winning in team sports has always been a function of superior ownership, front offices and coaching. Decision making as to which players to draft, trade, develop, coach and which system to play have traditionally been made by a “gut” feeling or adherence to past traditions.  This is all a part of creating an overall profile of a player to determine if that player is worth drafting, signing as a free agent, or acquiring in a trade. Analytics are the present and future of professional sports.

But perfecting algorithms that can solve these problems is only half the battle. The ability to fuse multiple datasets from the scouting department, medical team, finance team with fan experience and ultimately visualize these analytics in a meaningful way is where the technology is evolving to.  The next stage of Sport Analytics will be the platforms that are search-powered data intelligence platforms, such as Tellius, that will have the ability to ask a question about player performance and future return on investment, and get intelligent responses back.  With intelligent data analytics powered by patent pending search technology, Tellius has the ability to determine whether a player that is successful on one team will also be successful on another.  This is the power of search driven data intelligence with advanced analytics from Tellius.  For more information on this and other exciting data analytics use cases, please contact us at:  sales@www.tellius.com