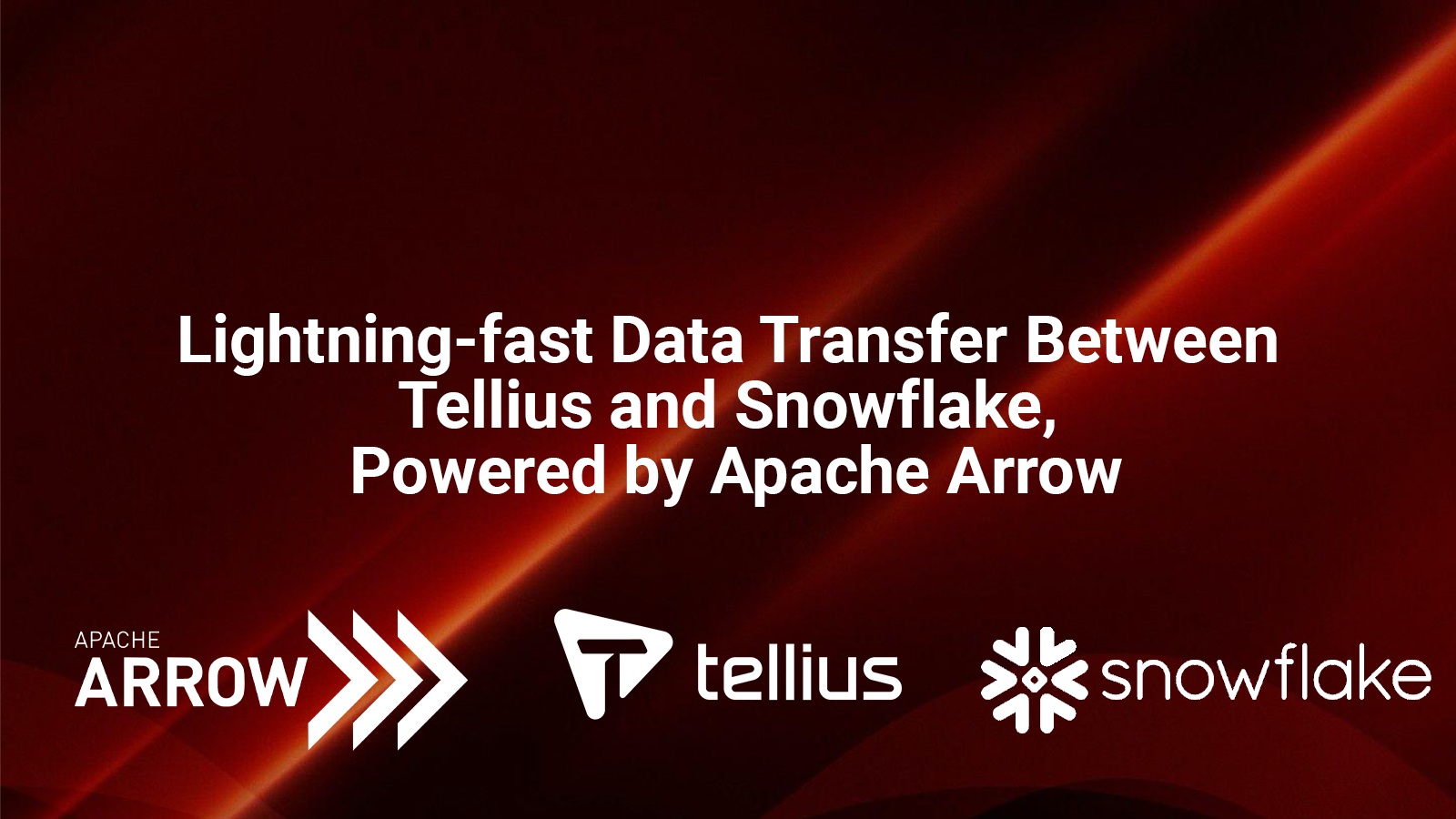 Many of our largest customers run Tellius’s AI-powered insights, natural language searches, and data prep on top of Snowflake’s cloud data warehouse every day. Amongst our 30+ out-of-the-box data connectors including to other cloud data warehouses like Redshift and BigQuery, Snowflake is extremely popular. Why? In a previous post we highlighted the four key reasons Tellius excels on Snowflake such as the ability to push down Tellius search and visualization queries directly to the underlying Snowflake database without data movement or copy — today, we’d like to highlight a fifth reason to love Tellius on Snowflake — lightning-fast data transfer via Apache Arrow, a rising open-source technology that has been downloaded over 20 million times per month. In this post, we’ll discuss our integration with Apache Arrow and how it expedites data transfers to Snowflake from Tellius up to 3x faster than earlier versions. At the end, we hope you’ll take Tellius for a spin yourself to see how quickly you can start adding AI-powered analytics value to your business. Ready to get going? 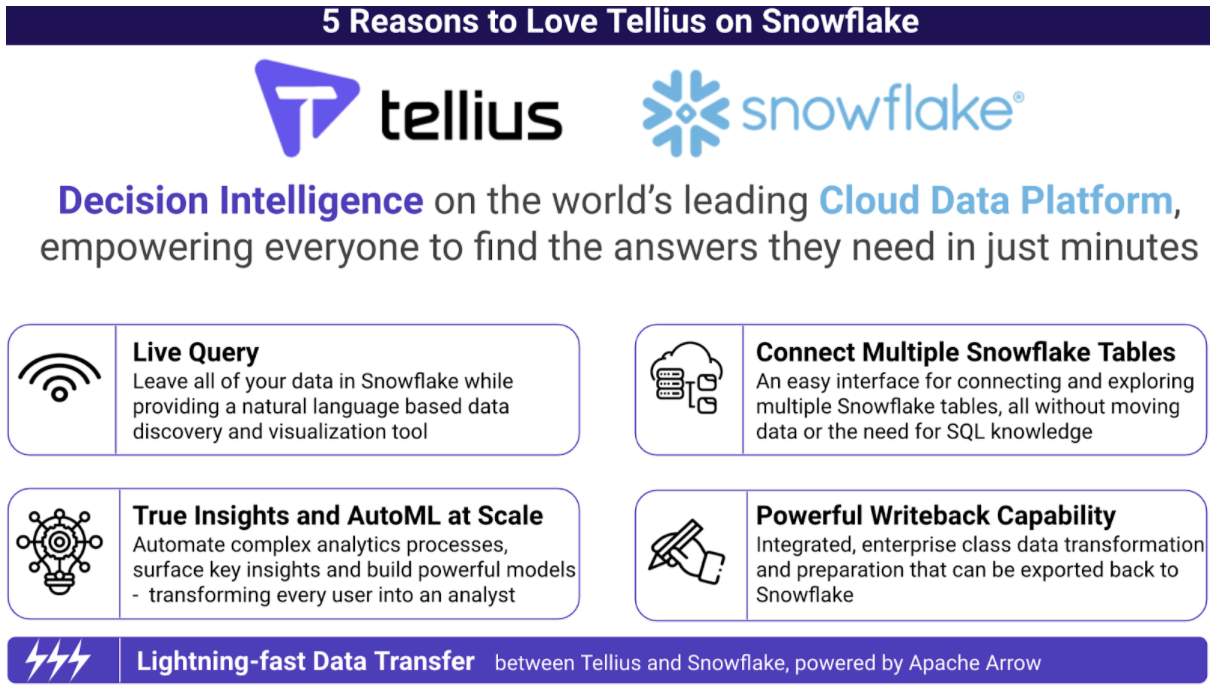 In our most recent release we made major improvements to how to bring data from Snowflake to Tellius which has improved the connectivity and scalability aspects of the connector.

In earlier versions of Tellius, we used to use the Snowflake connector version 2.5.x which had the below limitations:

Apache Arrow is a cross-language, cross-platform, columnar in-memory data format for data which allows for zero-copy reads for lightning-fast data access without serialization overhead. This format allows for efficient sharing of data between two large scale systems and is organized for efficient analytic operations on modern hardware like CPUs and GPUs. More information about Apache Arrow is available below

Adoption of Apache Arrow in Snowflake

From Spark Connector Version 2.6.0, Snowflake has adopted Apache Arrow as its standard communication. This change makes it possible to read the data from Snowflake without a staging area and in a much more efficient approach than CSV or JSON.

From Tellius 3.0, Tellius uses Arrow Format as the standard way for caching in ICE engines. In addition, the underlying Snowflake connector has been upgraded to the latest version to use all the new improvements.

This upgrade has improved Tellius user experience as customers no longer need to give write access to their underneath system. Finally, with Apache Arrow support both in Snowflake and Tellius ICE engine loads are up to 3x faster than earlier versions.

Ready to take Tellius for a spin yourself? Try a 14 day free trial to experience the power of AI-powered analytics in your business.